Bitcoin is not a product or a company. It is a currency, an entity.

So, can you use the aspects which were used previously to attribute a bubble on digital currency? Well, it is not that easy. However, you should first get answers to a few questions: 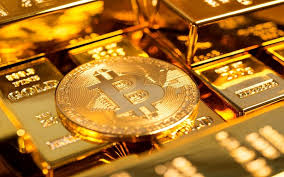 Founded by a person called Satoshi Nakamoto, Bitcoin has been called digital currency. It is a cryptocurrency and is the first peer to peer payment network which isn’t centralized like fiat money.

By decentralization we mean there is no central authority to regulate this currency. A major factor which has led to the success of Bitcoin is that it is fully open.

It runs on a technology known as blockchain. And, now the question would be what blockchain is? So, here is the description. The blockchain network is a ledger that showcases all the transactions done in Bitcoin.

It cannot be manipulated, corrupted because there is not one place where all the records are being managed. It is open to everyone.  It doesn’t allow any hacker to corrupt the information on ledger.

As Bitcoin was launched with the motive to have a decentralized monetary payment because of the distrust in banks, the idea that every computer on the network will see and verify the transactions being made brings in a form of trust.

So, the fact that everyone online can see the same transaction creates a strong financial security.

based on The Next Bitcoin studies this online fiscal system has opened new doors to conduct innumerable transactions online.

Whether you are a normal user or a dark web user, you can use cryptocurrency to buy anything and everything. The constant use of BTC to buy goods and services online has made the currency acceptable worldwide.

Bitcoin has great value because the people collectively have given it value.

While a lot of official institutes and government organizations as well as central banks are looking for ways to regulate digital currency and control its purchasing power, my view is that Bitcoin and other digital currencies are here to stay for long and will keep appreciating in value.