The island nation of Sri Lanka, which was formerly known as Ceylon, is a wonderful culmination of rich heritage and pristine natural beauty. What makes Sri Lanka a must visit is the exciting historical and mythological relevance it has on the Indic civilization. Having been the centre stage for the iconic, age defying epic, Ramayana, Sri Lanka is a must visit. Relive the past, walk on the footsteps of gods and goddesses and create memories to last a lifetime.

Even if you don’t identify as a religious person, these places of Ramayana importance in Sri Lanka will surely be a mind boggling and a memorable experience for you. 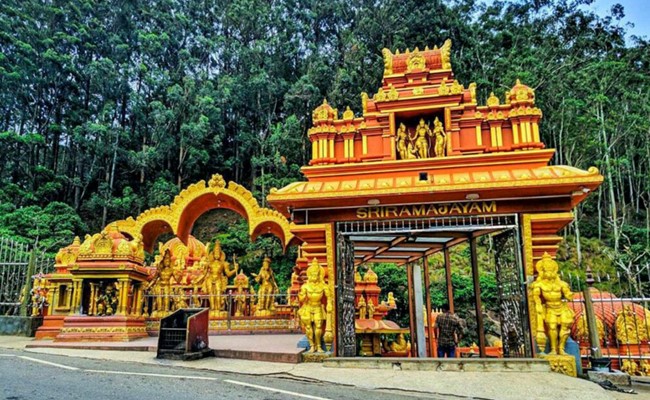 Surrounded by tall trees and lined by the Seetha River, the Seetha Amman Temple is a must visit for travellers. The history of this Tamil style temple dates back to approximately 5,000 years ago. It is believed that, it was here that Sita Mata had spent her days here after being taken prisoner by the evil, many headed, demon king of Lanka, Raavan. The temple also holds a very special place in the lives of Hindus since a temple dedicated solely to Sita Mata is rare. The river flowing by the temple is said to be the place where Sita used to bathe making it another place of interest. 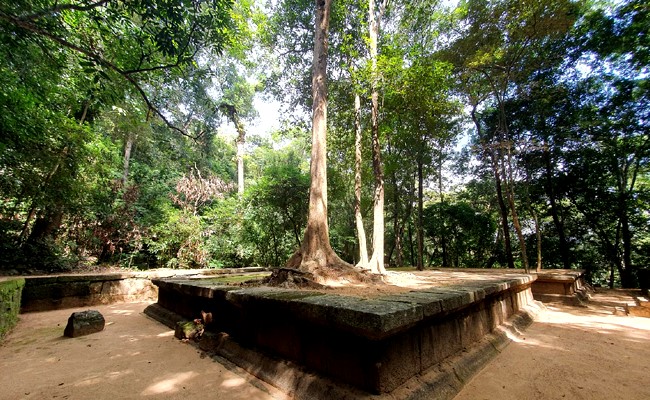 Seetha Kotuwa or ‘Sita’s Fort’ is one of the main places included in any of the Sri Lanka Tour Package. But what makes this place extra special and a must visit? The scenic, untouched beauty of the surroundings of this place is a stark contrast to the horrors of what went down at the Kottuwa. This was another place where Raavan had held Sita captive after kidnapping her. Although the beauty here is elevated with the presence of pretty streams and waterfalls all around the site, it is no match to the pain and anguish that Sita must’ve felt having been taken away from her life back home. This place will definitely incite a bittersweet feeling of awe as well as deep rooted sadness.

There are several temples and holy sites that dot the island nation of Sri Lanka. One of the most important temples here is the Munneswaram Temple. Dedicated to lord Shiva, this colorful and beautifully constructed temple is the oldest and the most ancient Shiva temple on the island. As the story goes, the temple is the place where lord ram had performed intense prayer to Lord Shiva asking for forgiveness. According to Hindu tradition, killing a Brahman is a huge sin and lord ram had killed Raavan who was a Brahman, causing brahma-Hatya. Before leaving for Ajodhya, lord ram was instructed by Shiva to install 4 other Shivlings and pray to the lord further for forgiveness. 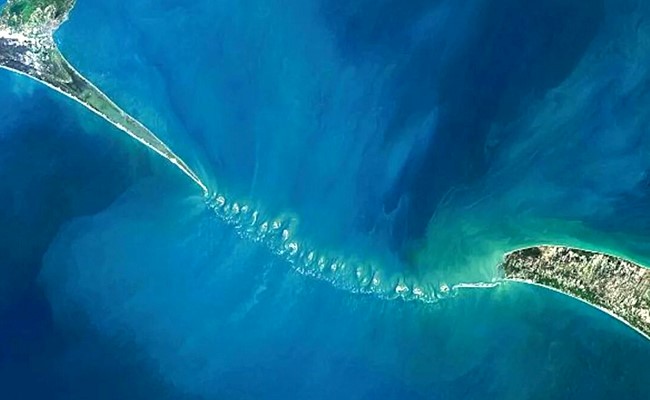 Ram Sethu has been a topic of debate for theologizes, historians, archaeologists and geographers during the 90s era. After much research, Ram Setu or Adam’s bridge has been recognized as a very large bridge which is made up of a chain of natural limestone shoals. It can be defined as a fragile string that holds the tear drop shaped island and as per mythological references this bridge was constructed by lord ram and his army which they later used to cross and rescue Sita Mata. The bridge can be seen connecting the Pamban Island in Tamil Nadu and the Mannar Island in a 48 km long string further separating the Gulf of Mannar from the Palk Strait. 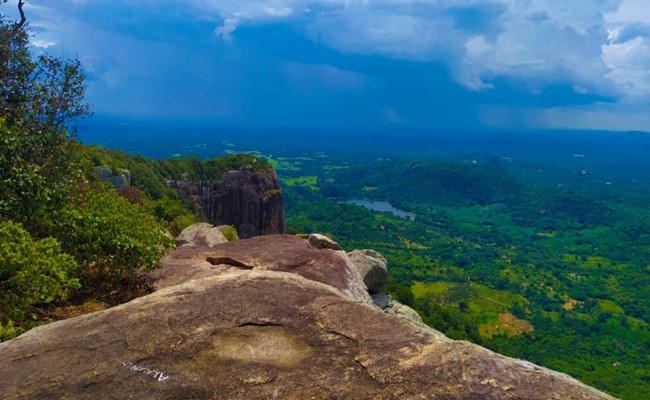 Looking to include a mountain visit in your Sri Lanka Tour? What better way of experiencing the raw scenic beauty of the mountains along with the pure spirituality at the Dolukanda Sanjeevani Mountain. The relevance of this place can be traced back to the epic Ramayan. After being injured in the ongoing war against Raavan, Lakshman was severely injured and lord hanuman was tasked with getting the healing Sanjeewani herb. Reluctant about the exact type of herb, lord hanuman brought back the whole piece of mountain and accidentally dropped some of it in 5 different places, Dolukanda being one of them. Other than the historical relevance, the untouched natural beauty here is very well preserved and remains one of the main places of attractions for domestic as well as international travellers. 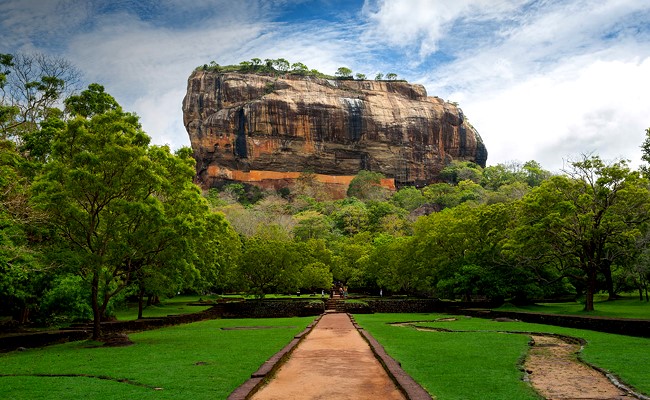 Sri Lanka’s history is an interesting one and is a testament to the rich legacy that has stood the test of time. Sigiriya which is also known as lion rock is a UNESCO world heritage site which is always included in many different Sri Lanka Holiday Packages. This massive rock structure is engrossing and very interesting to look at and experience firsthand. Other than its obvious stature, this iconic landmark of Sri Lanka has legendary connections to the epic Ramayan. It is believed to be another one of places where Raavan had kept Sita as a captive. The cobra hooded cave at Sigiriya is also home to some interesting rock paintings and engravings of historical importance as well. 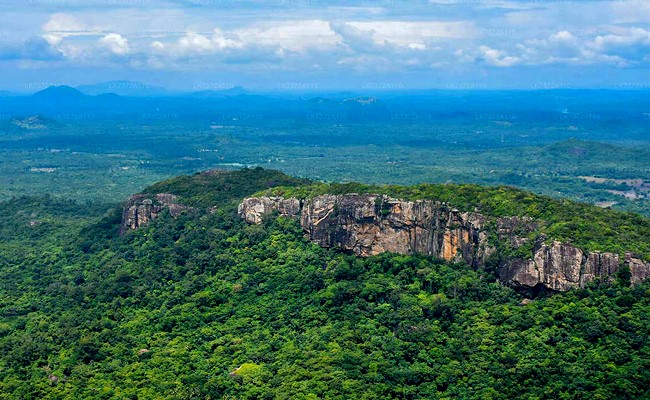 Sri Lanka’s geography is very whimsical. Chariot path located in the small traditional village of Ramboda is a plain area near a scenic estate in Pussellawa. Just like the majority of the place in the island, this place is also linked to the epic Ramayan. This place is believed to be the exact spot where lord hanuman had first set his foot in Sri Lanka. The mountain range visible from here called pawala malai stands in between Ashok Vatika and king Ravan’s capital city making it an inevitable part of the ramayan tour package in Sri Lanka. This plain land further extends on to the summit of the said mountain range up to the place where Raavan took Sita Mata from the capital city of Lankapura to Ashok Vatika, which was referred to as heaven on earth. 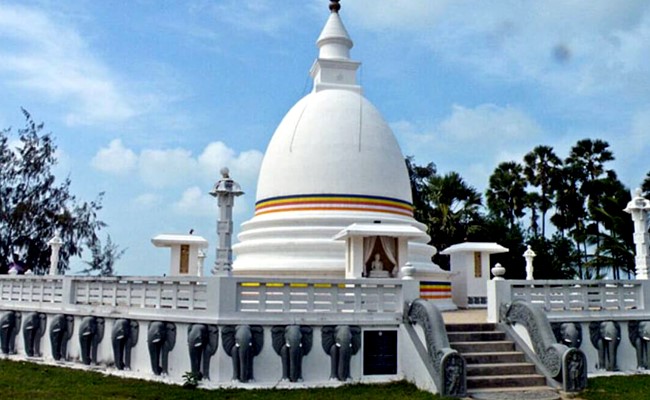 Situated at a distance of 4 kms from the Welimada town on Nuwara Eliya, Divurumpola is a Buddhist temple that is directly connected to the Ramayana trail in Lanka. As per the mythological account, Divurumpola is the exact place where Sita Mata had gone through the fiery ordeal or the dreaded Agni Pariksha. This was done in an attempt to prove her purity and chastity to her consort lord ram. She was so pure that the fire did not even touch her and it became one of the defining moments in the epic. In the traditional Sinhalese language Divurumpola rightfully means a ‘place of oath’ and even though it is made in the form of a Buddhist Monastery, it receives both Hindu and Buddhist devotees. 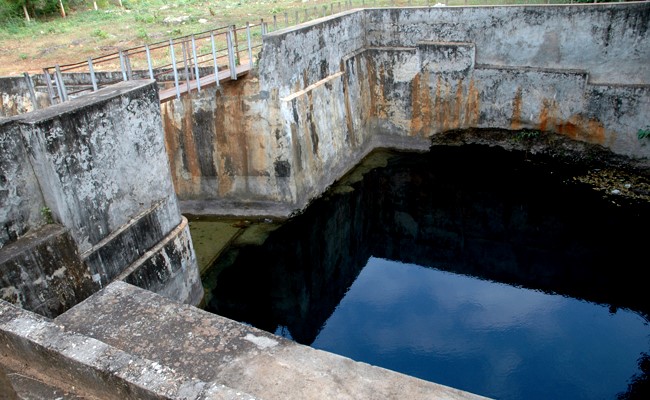 The iconic bottomless well of Nilavarai is located in Puttur which is 14 kms away from the famous town of Jaffna. At first glance the water may appear brackish but its history is very interesting and it holds a lot of importance in the life of Hindus. The bottomless well is famous for never running out of water even though other sources may dry up. Nilawari is also a very crucial part of the Ramayana Trail in Sri Lanka. It was here that lord ram’s army was positioned and ready for combat; however, very soon they realized that it was a drought prone, dry region and they had quickly ran out of water supply. Lord ram then shot an arrow in the ground and water sprang up immediately. Another legend also states that it was lord hanuman who had hit that arrow on the ground that sprung out the water in order to quench the thirst of lord ram. Whatever the reason is, this is a must visit place during a Ramayana trail.

Situated in the small town of ‘Little England’ in Nuwara Eliya, Gayathri Peedam is the very first temple dedicated to goddess Gayathri in Sri Lanka. Other than being a holy place of immaculate spiritual revelation, it also holds a lot of importance in the ramayan trail. Firstly it is believed that this hotel was made on the place where the Trimurtis, Brahma, Vishnu and mahesh had made an appearance together to Meghnath, or Indrajit Son of Raavan, connecting it to the great epic. He had performed some serious Yagna and Shiva Tapasya in order to ask the gods to showcase themselves. The atmosphere of this Peedam is very breezy, cool and chilled out. Surrounded by lush green trees and a beautiful blissful lake makes this place definitely worth a visit even if you are not on a Ramayana trail tour. 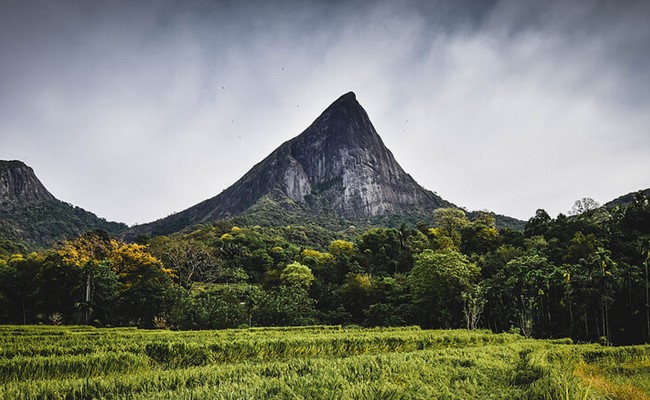 On first looks, Laggala may look like a regular mountainous region which is blessed with immense lush greenery and sweeping views of the scenic surroundings. However there is more to it than what meets the eye. Enshrouded in mythical charm and history, Laggala is the exact place where lord ram’s army was first spotted by Raavan’s army. It was here that the presence of ram and his whole army was brought to notice of the demon king of Lanka, Raavan. Laggala was also the main centre field where the final battle of Ramayana took place where Raavan was killed by ram at once. Laggala literally translates into ‘target rock’ and geographically speaking, it is the highest part of the northern region of the island. 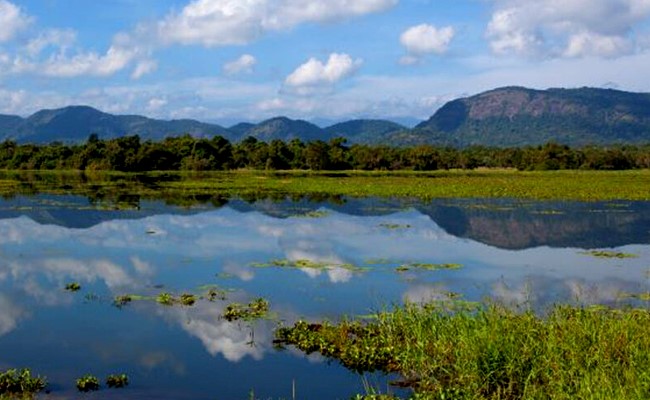 Dunuvila graces the central province region of Sri Lanka and as per the local Sinhalese language the name translates to the bow lake. Although the place is rather featureless, it holds a very high standard in the life of Hindus, especially people visiting Sri Lanka on a Ramayana tour. Dunivila is believed to be the exact place where lord ram’s army had advanced from Lankapura and continued the fierce battle against the evil king. It was right at this spot that lord ram had fired the Brahmastra that had managed to kill Raavan in one blow. The place is steeped in a rich historical backdrop which increases the relevance of this place. 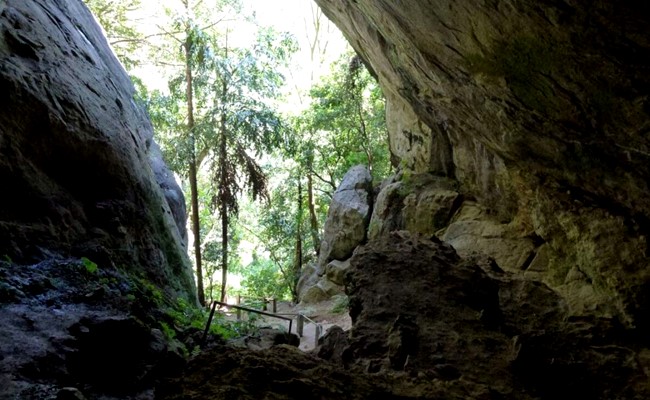 The secrets of Sri Lanka will never fail to charm you. One such feature of Sri Lanka is an intricate network of caves and tunnels whose creation is owed to the great demon king of Lanka, Ravan. These tunnels were made with a purpose which is clear since all these tunnels and cave networks lead to various cities and dairy farms. This place is without a doubt one of the most architecturally brilliant creations of the king. According to Ramayana, these tunnels also served as an immediate way of secret transport in order to cross massive hills in case of any emergency. These caves can be visited these days, you only have to be ready to walk some more and be sure to carry a good pair of walking shoes as this area is jagged and mountainous.

Famous for being the first temple dedicated to Anjaneyar in Sri Lanka, it is one of the rare temples in Sri Lanka where lord hanuman is showcased in his 5 face form. This fact makes the temple incredibly pious and a must visit for people on their Ramayana tour to Sri Lanka. Located in the urban town of Colombo, the temple is said to have been constructed by Swamy Chandrashekhar and it also marks the very first establishment of chariot in the world of lord ram’s beloved devotee Anjaneyar. You should know that the Tamil population refers to lord hanuman as Anjaneyar and the chariot festival at the temple takes place annually in December. 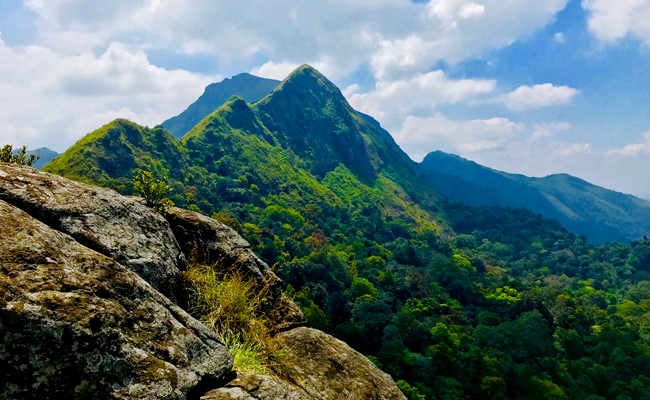 Yahangala literally translates into a bedrock but other than its simple name, the place is of immense relevance not just in Ramayan but for the locals of Sri Lanka as well. After lord ram had killed Raavan, his body was laid to rest at Yahangala. The rock is steeped in the legend of Ramayana and makes for the perfect place to visit during your Ramayana tour. After Raavan’s passing all his countrymen were devastated and it was here that his countrymen had come to pay their respect to their fallen king. It’s a deeply touching place along with a panoramic 360 degree view of the natural mountainous surroundings.