Bollywood is the Indian Hindi Language film industry, based in the city of Mumbai, Maharashtra. Bollywood is one of the largest centers of film production and one of the biggest film industries in the world and it is possible to take a Bollywood tour to the heart of the action in Film City. Unfortunately, Mumbai Film City is not open for public admission unless special prior approval is obtained. However, it is possible to take a guided tour there. 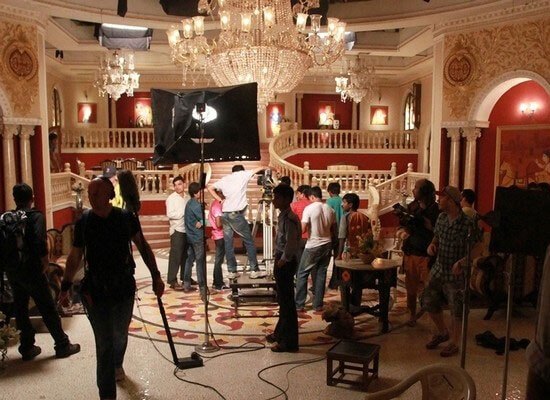 Mumbai Film city is an integrated film studio complex near Sanjay Gandhi National Park at Goregaon East. It was built in 1977 by the State Government of Maharashtra to help the Bollywood film industry and provide facilities for it to flourish. In 2001, it was renamed as Dadasaheb Phalke Nagar in the memory of India’s first producer – director – screenwriter Dadasaheb Phalke, who is considered as the father of Indian film industry. It is a shooting location for almost all the Bollywood films with all types of locations available including a temple, prison, court, lake, mountains, fountains, villages, picnic spots, gardens, and even an artificial waterfall. The complex covers nearly 350 acres and comes fully equipped with almost 20 indoor studios.

Mumbai Film City Tours in conjunction with Maharashtra Tourism Development Corporation operates the official two hours guided bus tour of Film City. You are not allowed to get off the bus and if you are keen on seeing a live shooting, you could be disappointed though you may be lucky to get a glimpse from the bus there is one happening.

There are three tours per day as scheduled below –