The internationally renowned African oil and gas major Elenilto Minerals and Mining LLC was founded by Mr. Jacob Engel, enjoying international reputation. The company has established its presence in the Republic of Senegal in the year 2010, concentrating in the minerals and hydrocarbon sectors. Their performances in these areas have instilled hope in the Senegal Government and it has adorned the company with another feather in its cap. Yes. Senegal’s President was please to award the prestigious production Sharing Contract for the operation of the Offshore Sud Shallow Oil Block of Senegal (SOSSB) with a potential 7920 square kilometers in the Casamance offshore basin. In this contract, the national oil company – Petrosen will have a participation interests, though, minority, in this project, with an investment of tens of millions of US dollars. This project materialized after a two years operations and series of negotiations with the Senegal’s Republic Government. Its oil potential, in the first priority leads, is estimated between 500 million barrels and 800 million barrels using the volumetric assessment of oil resources, which is based on the reprocessed 2D seismic coverage. The block is estimated to have an overall potential in excess of 1.50 billion barrels – STOIIP. 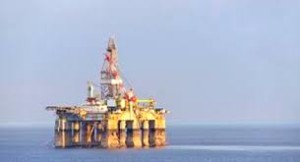 Elenilto is exploring deeper into the matter to ascertain other deeper possibilities, in this project. As a first and immediate priority, the 3D seismic survey and further exploration and drilling of wells in shallow water blocks have been planned in two chosen areas interest.

Senegal’s operations are one of the several projects, Elenilto has been handling in different countries and it has been carrying out those operations successfully by involving and taking into confidence the concerned country’s local strategic partners/ affiliates. In tune with this policy, the local minority partner in Senegal has been CIM’s (Capital Investments and Management) Mr. David Ericson.