Chandigarh, the capital city of the two states, Punjab and Haryana, is one of the 7 union territories of the country, run by the Central Government of India. The city is considered as one of the “wealthiest” cities of the country with Reserve Bank of India giving the city the third rank as a deposit center all across the country in 2012. The economy of the city is growing and opens up a great number of jobs in Chandigarh in varied sectors, including the Government sector. 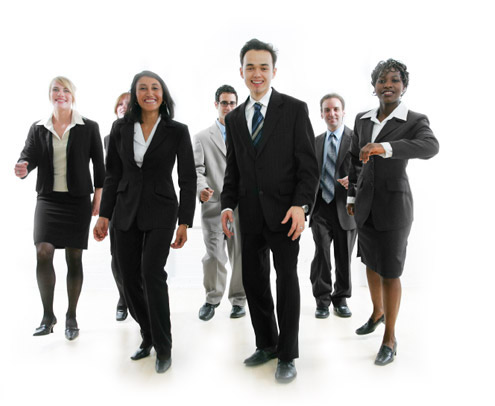 Chandigarh is an emerging outsourcing and IT service centers in recent time. As per a survey in 2014, it ranks the 4th among the top 50 cities in the global world for outsourcing and IT related services. In fact, its position is much higher than that of cities like Beijing. With the emergence of Chandigarh IT Park (also referred as Rajiv Gandhi Chandigarh Technology Park), the city has made its foray into IT and ITES, creating a host of IT jobs in Chandigarh. Being close to Delhi, Haryana, Punjab and Himachal Pradesh, the city has become a home to IT professionals from these areas too. There are a number of IT companies, both domestic and MNCs, which have their offices in Chandigarh. Some prominent ones being Infosys, Dell, Quark, Amadeus IT Group IBM, Tech Mahindra, FCS Software Solutions etc.

Chandigarh is also a major industrial sector. The city has manufacturing units of about 15 large to medium industries, out of which 2 are in the Public Sector. The city is also home to a number of small industries, around 2500. Some of the noteworthy industries in Chandigarh are paper industry, basic metals and alloys, machinery, steel fabrication, auto parts, food products, pharmaceuticals, cycle rims and electrical appliances. Small scale units include machine tools, sanitary ware, utensils, cables, paints and varnishes, door fittings, thermometers etc. All these industries and manufacturing units have contributed to the growth of the economy as well as jobs in Chandigarh.

Being the capital of 2 states, the city has opened up a number of job opportunities in the Government sector, both in Punjab Government and Haryana Government, and also jobs in the administration of Chandigarh city. So, you will find a good number of government employees in the city, either working or retired. In fact, Chandigarh is sometimes referred as a “Pensioner’s Paradise”. The Armed forces, along with other Government departments offer a great number of jobs in Chandigarh.

Another main occupation for the people in Chandigarh is Trading and Business. A significant part of the population is involved in managing businesses, some of which are new and some of which are handed over from one generation to another. Inf act, Chandigarh has the offices of four major trade promotion organizations, which include, The Associated Chambers of Commerce & Industry, ASSOCHAM India, the PHD Chamber of Commerce and Industry (PHDCCI), Federation of Indian Chambers of Commerce & Industry (FICCI) and the Confederation of Indian Industry (CII). There are lucrative jobs in Chandigarh in trade and business sector.

Animal Husbandry is another sector that contributes to the revenue of the economy and jobs in Chandigarh. There are different livestock (cattle, bullocks, buffaloes, goats, and pigs) found in Chandigarh which makes the husbandry sector an important industry in the city. There is also the fishery sector (fishing done in urban and rural ponds, escape channels, including Sukhna lake) which contribute to revenue of the city. Both these sectors are involved in the development of the required infrastructure for improving the productivity, preservation and protection of livestock, and increase in the production of main livestock products. Thus, Animal Husbandry and Fisheries open up a great number of jobs in Chandigarh.

Besides the above, Chandigarh has opened up good employment opportunities in the Punjab and Haryana High Court and Post Graduate Institute of Medical Education and Research (PGIMER) for law and medical students and also in the Tourism sector. The city has plans of starting the Metro project in 2019 and also has plans of setting up a Film city. All these have great scope of creating jobs in Chandigarh.