In Australia, great variations are found in the education systems currently prevailing in its different states; each state has different criteria to manage the affairs of its learning process. Thus the six states of Australia- New South Wales, Queensland, Tasmania, South Australia, Victoria, Western Australia and the two union territories- Australian Capital Territory and Northern Territory, have their own rules and regulations regarding the literacy process of their people. There is around 12 years of schooling generally in all the states. 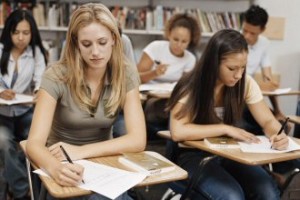 1- In Australian Capital Territory, which also includes the city of Canberra (the Australian Capital), a child must be registered as a student in the primary school if he or she is of the 5 years of age or is going to be of 5 years on or before 30th April of that year. Primary school continues for 6 years; and then the secondary school goes on from 7 to 12 years. A year 12 certificate containing the result along with the subjects is received by a child if he continues through the post compulsory years. Tertiary Entrance statement will also be there for the eligible students.

2- In New South Wales, the child must be 4 years of age by 31st July in that year and the secondary school extends from 7 to 12 years after 6 years of primary school. Higher School certificate (HSC) is the examination that prevails here whose results along with the results of their accumulative subject, forms the end results of the students.

3- In Northern Territory, Pre-school begins at the age of 4 years and a transition year takes place at the age of 5 years. From 12 to 18 years of age, secondary school continues and the senior students are then enrolled for completing the Northern Territory Certificate of Education. The results are computed on the basis of performance of students in the subjects.

4- In Queensland, Pre-school was replaced by Prep in2007. And the child should be of 5 years old by 30th June in the year of admission. Secondary school continues from 8 years to 12 years after 7 years of primary school. In Secondary school, students can select from a wide curriculum of subjects according to their choice of higher qualification which they want to pursue. Queensland Core Skills Test (QCST) has to be given for being eligible for TAFE or University entrance. Students are awarded ranks on the basis of their school and QCST performances for University entrance.

5- In South Australia, pre-school enrollment begins from 3 or 4 years of age and the primary schooling is for 7 years after which the secondary school has to be attended from Year 8 to 12. Students are also encouraged for the South Australian Certificate of Education in the Year 11 and 12.

6- In the state of Tasmania, a child can be admitted in kindergarten on completing 4 years of age. After a preparatory year, primary schooling lasts for 6 years and then High School continues from Year 7 to Year 12.

7- Tasmanian Certificate of Education is given to the students by examining the students’ performance in the subjects approved by the Board. In the state of Victoria, the system is very much similar to that of New South Wales. Your child can be admitted in Prep on completion of 5 years of age by the 30th April of that year. Secondary school is to be attended from Year 7 to Year 12 after 6 years of primary school; after which the students have to participate in an exam to obtain the Victorian Certificate of Education.

8- In Western Australia, your child can be enrolled for kindergarten at the age of 3 or 4 years and the preprimary commences at the age of 4 or 5 years. Primary schooling lasts for 7 years from 6 years of age and the secondary school has to be attended from Year 8 to Year 12. Senior students of Year 11 and 12 have to procure the Western Australia Certificate of Education.

Thus, one can undoubtedly say that Australia is one country that has eight different education systems making it one of the best educational centers throughout the world.