Ernakulam or Kochi, as it is often called, is an imperative part of Kerala. The city is an important centre of commerce and learning and home to the headquarters of Ernakulam district. Since majority of the state’s commercial activities are carried in the city, so it is often termed as the commercial capital of the state. The city is about 206 k.m. away from Thiruvananthapuram, the capital of the state. Located close to the western coast of Indian mainland, the city is one of the prime trading centres in India. Within the province of the district exists the Cochin Stock Exchange, International Pepper Exchange, Port of Kochi, and Cochin Shipyard. The city is known to export about 90 percent of the total peppers traded by India, and thus is the largest pepper market in the country. Besides, the Port of Kochi and Cochin Shipyard are two of the largest and busiest harbours in India. The city is often called as the “Queen of Arabian Sea” and has been a significant location since centuries, before the arrival of Britishers in India. 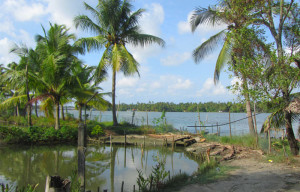 Records state that the city earned significance in international sea trade in the 14th Century. The coasts of the city were the gateways from where the Portuguese, Dutch, and British entered into the Indian continent. The Portuguese occupied the regions in 1503 and subsequently made it their seat of administration. Under their reign, the city developed into prosperous town and the leading centre of trade. The city and the neighboring regions became the first of the European colonies in the country. Although decades have passed since they left the city, still their presence abides in the culture, traditions, and old monuments. Pallipuram Fort, which is the oldest European fort on Indian soil is situated in close proximity to the city centre. The fort still stands with all of its might, although a bit aged and weather-beaten.

An interesting fact about the city, it is in order to gain reign over the city and neighboring regions that there was a war between Portuguese and Dutch in 1656. This war is the first ever recorded war that was fought on vessels.

Accessing Ernakulam is an easy affair. The district alone houses 17 railway stations of which the Ernakulam Junction and Ernakulam Town are the two chief railheads. These two railheads connect the city to all major cities in India. Additionally, there are two airports close to the city. They are the Cochin International Airport and the Naval Airport. There are frequent flights from all major Indian cities to Ernakulam. Taxis and cabs can be easily availed to reach the airport. Besides, some hotels in Ernakulam also offer railway station and airport pick-and-drop services.
Ernakulam is rich with tourist attractions and completely unravelling the city might take a lifetime. Still the most significant tourist attractions in the city include: Bhoothathankettu, Antique Shops in Jew Street, Chottanikkara Temple, Cherai Beach, Fort Kochi Beach, Broadway, Clock tower, Kerala Lalitha Kala Akademi, Kumbalangi, Maritime Museum, Pardesi Synagogue, Spice Market, Willingdon Island, Shiva Temple, Chendamangalam, Alappuzha, Kumbalangi, Hill Palace Museum, and Chottanikkara Temple, etc. All the tourist attractions are easy-to-access as there are frequent services of different transportation vehicles. Plus, there are some good 4 Star hotels in Ernakulam that also offer tour services to their guests.

Dimpy Roy is a travel writer working with an Online Travel Guide. She guides travelers to various resources where they can find best hotels in Ernakulam and choose the best one.