Leh Ladakh is the ultimate travel destination of the country. The mystical region of Leh Ladakh welcomes everyone with open arms. To witness the beauty of Ladakh is a once in a lifetime opportunity. One must visit Leh Ladakh for the most enthralling experience of their life. It’s a place that makes a traveller want to visit again and again. 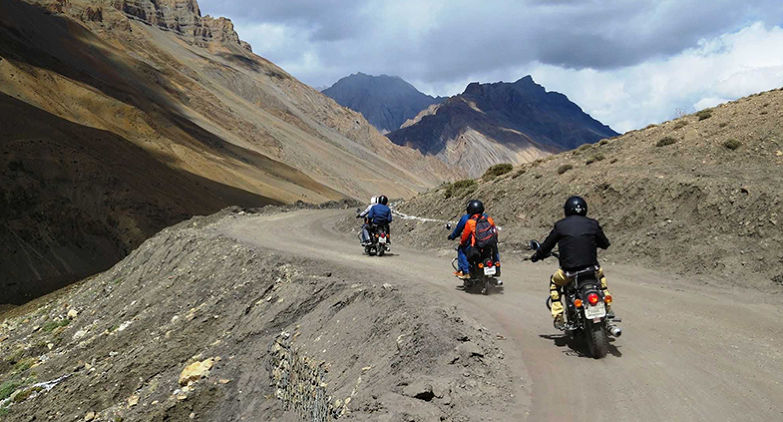 Leh Ladakh experiences some of the extreme winter weather conditions during the season. The majority of roads and activities during the winter season are closed due to heavy snowfall in the region. An adventure lover’s preferred time to visit Leh Ladakh is before the true winter period sets in, that is in the months of October and September. These months are the perfect time to indulge in some adrenaline filled activities. The adventure activities one can do when in Leh Ladakh include: trekking, river rafting, bike expedition, star grazing and many more. As early winter is not the peak tourist season, the less crowd in the valley makes the trip even more pleasant.

The peak tourist season of the Leh Ladakh is in the summer.The summers are the perfect time to explore the mystic lands of Leh Ladakh. The months from April to June are the best time to take a trip to Leh Ladakh. The temperature ranges  between 2 °C to 16 °C during the summer season. The soothing and pleasant weather during the summers with a hint of chill in the air, introduces the region of Leh Ladakh in a completely new  and refreshing light.  During summers the two highways leading to Leh Ladakh are also open which ensures that the region is able to receive people, marking it as the tourist season. The highways are Srinagar Leh highway and Manali Leh highway. Summers are the best time to go on a sightseeing vacation to Leh Ladakh.

How to get to Leh Ladakh?

Rail is the least preferred as well as least used way to go to Leh Ladakh. The reason being that there is lots of  hassle during the journey. The nearest railway station is about 700 kms from Ladakh which is situated in Tawi, Jammu. It takes around two days to reach Leh from Tawi by road (this is the only way). The rail route unnecessarily extends the duration of the trip along with the hassles. Hence, it is the least used mode of transport to reach Leh Ladakh.

One can travel to Leh Ladakh by bus as well. There are two routes which the buses take to reach Leh Ladakh. The first initiates from Srinagar passing through Zoji La Pass and the other begins from Manali passing through Rohtang pass. Several  governments as well as private buses regularly operate on both the routes.

Flight is one of the used and easiest ways to reach Leh Ladakh. The closest airport is Late Kushok Bakula Rimpochee Airport which is situated in Leh. The major airlines of the country such as AirIndia, Vistara, GoAir operate several flights to and fro the airport from the major cities of the country. As the airport is under military control it is mandatory to have all the necessary required documents along with the flight ticket. One is required to present the documents when asked to and upon falling to do so you cannot enter into the valley. Take a taxi from the airport to reach your desired destination.

This is all about the best time to visit and how to reach Leh Ladakh. Be a responsible traveller and travel safely.