Not many know India as the birthplace of Buddhism, the sacred spiritual path inspired by Lord Buddha’s teachings. As one would expect of the land that gave birth to this beautiful dharma, India is home to many pilgrimage destinations revered by Buddhist traditions as well. Chief among the Buddhist pilgrimage sites in the world are the four places that mark the major turning points in Buddha’s life -Lumbini, Bodh Gaya, Sarnath and Kushinagar. Three of these are located within the geopolitical boundaries of India, while Lumbini is located in the neighboring country of Nepal. 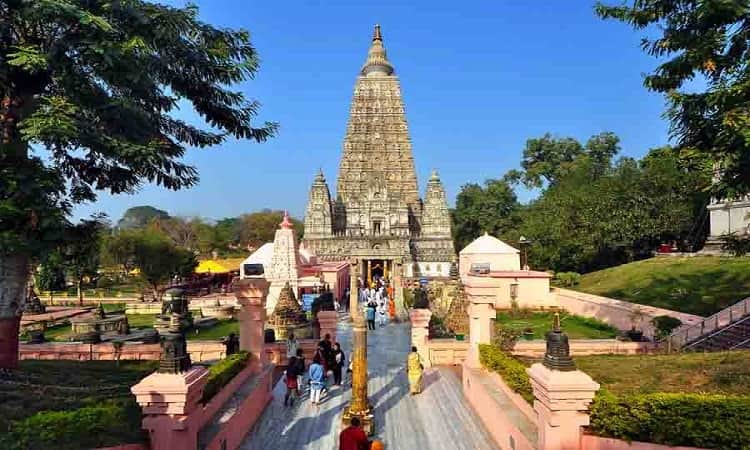 It is at Bodh Gaya which falls in present-day Bihar that Gautam Siddhartha crossed over to the shores of enlightenment and metamorphosed into Buddha, the Awakened one. This spiritually potent event that took place 2600 years ago continues to draw in millions to this sacred soil to breathe in its essence which still reverberates with the great spiritual being’s energy.

The major pilgrim attraction in Bodh Gaya is Maha Bodhi Temple Complex. It is also the first site to come to mind upon hearing the words ‘Buddhist Temple Tour India’. A successor of the famed Bodhi Tree under whose shade Siddhartha attained enlightenment is present in the tranquil gardens that surround the Buddhist Temple. 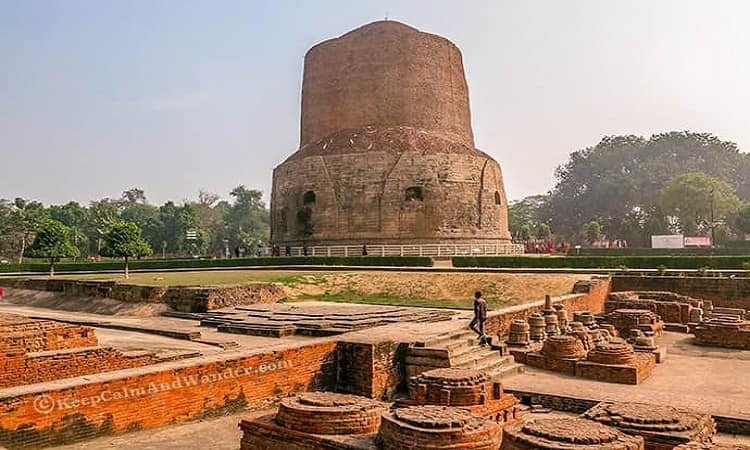 If Bodh Gaya saw Siddhartha’s transformation into an enlightened being, Sarnath is where he became a Spiritual Teacher, a role he played till his last breath. Buddha had arrived at the discovery of the Middle path after spending years sincerely seeking the Truth through many mystical and spiritual paths. He ordained a spiritual path that fell between the mindless indulgence propagated by materialistic pursuits and the extreme self-denial advocated by certain ascetic traditions. In fact, he was reunited with five of his ascetic friends with whom he shared many years of spiritual pursuits together and successfully converted them onto the efficacy of ‘the Middle way’ at the sacred soil of Sarnath.

Situated eleven kilometers distant to the chaotic Varanasi, Sarnath is a true oasis of tranquility. Visit its Dhamek Stupa which marks the precise spot of Buddha’s first sermon, Chaukhandi Stupa which marks the point of his reunion with his friends and Sarnath Archeological Museum, the capital of Ashoka Pillar being the most noteworthy of its relics. 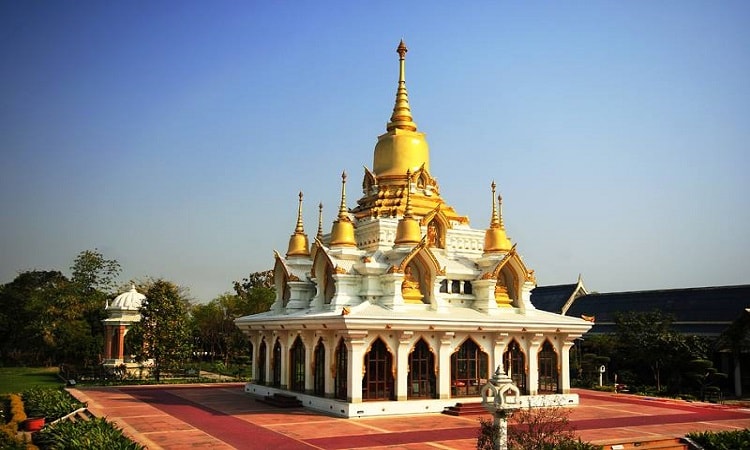 It is at Kushinagar that Sri Buddha attained Parinirvana, where he chose to relinquish his mortal body and let his soul attain supreme Nirvana. The Mahanirvana Temple in Kushinagar houses a reclining idol of Lord Buddha. Other tourist attractions in Kushinagar include Watt Thai Temple, Chinese Temple, Japanese Temple, Ramabhar Stupa and Mathakuar Temple. Amongst these, Ramabhar Stupa is particularly significant for the 50 feet tall stupa constructed at Kushinagar marks the land at which Lord Buddha was cremated by Malla kings, the rulers of the land at the time of his Parinirvana. It is to be noted that at each of the principal Buddhist destinations, one would come across monasteries and Temple built by the major Buddhist Countries in the world, exactly along the lines of their own individualistic architectural and cultural traditions. 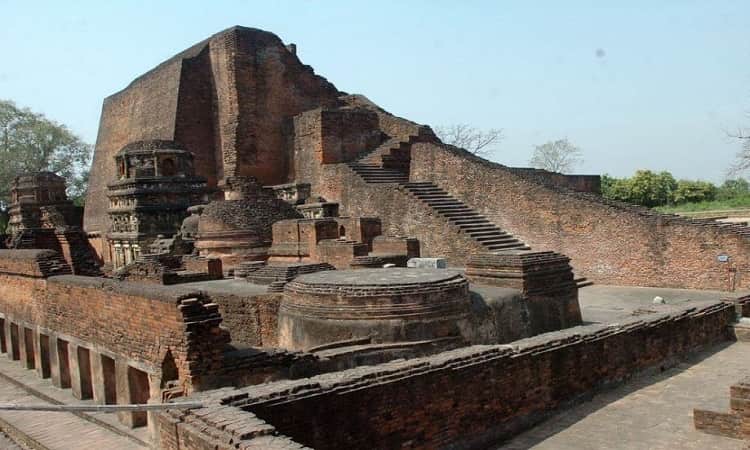 The great center of Buddhist learning- Nalanda Mahavihara- was sought by scholars and students from around the world in its heydays (5th century CE- 12th century CE). It is said that the Buddha and Jain Tirthankara Mahavira gave sermons at Nalanda during their lifetimes as well. But the rise of the university’s prominence under the patronage of Gupta Kings was unprecedented, and its glory was later upheld by King Harshavardhana and the Pala kings before it was ransacked by Turkish invaders in the early twelfth century. Its interminable links with Mahayana Buddhism can be gauged from the fact that the last of its throne-holders fled to Tibet and kindled the land’s ever-going association with Buddhism. In fact, the Dalai Lama considers himself a humble successor of the great Mahayana Teachers of Nalanda Mahavihara. Explore the forgotten lanes of history kept alive in the ruins of what was once the greatest learning centre in the whole world, not just of Buddhist studies but also of Vedas, Grammar, Medicine, Sanskrit and Samkhya as well.