Also popularly known as ‘the city of palaces’, the landscape of Rajasthan is decorated with some of the most magnificent places to visit which can prove to be an absolute delight for architecture enthusiasts and history buffs. From iconic national parks to ancient palace structures there is not dearth of places to visit in Rajasthan which can be experienced by availing a wholesome and carefully curated travel package to Rajasthan. A memorable time is guaranteed for your family and friends since Rajasthan never fail to impress its visitors with its old world charm and unmatched serenity.

Jaipur: Pink is all I see 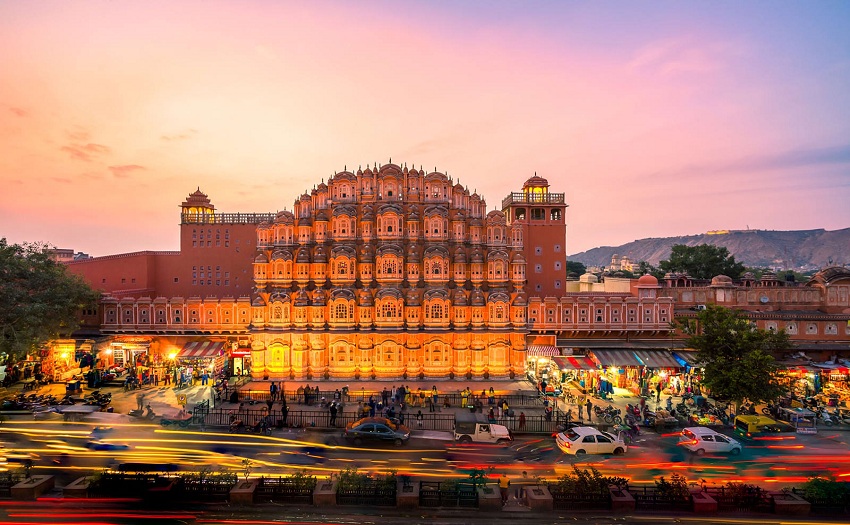 Besides being the capital city of Rajasthan, Jaipur is a treasure chest of picturesque sights and hotspots. The city has forts and palaces looming above on the hills and is girded by architectural masterpieces. JantarMantar, Abhaneri Step well and Sheesh Mahal are the highlights of Jaipur. Even the scholars were flustered after seeing the intricate and prodigious work of art by man. Elefantastic, zipline tour, Camel safari and saree shopping are fun things to do in Jaipur. The other places of interest are Amber Palace, Anokhi museum of hand printing, Hawamahal, Lake Palace and many others. 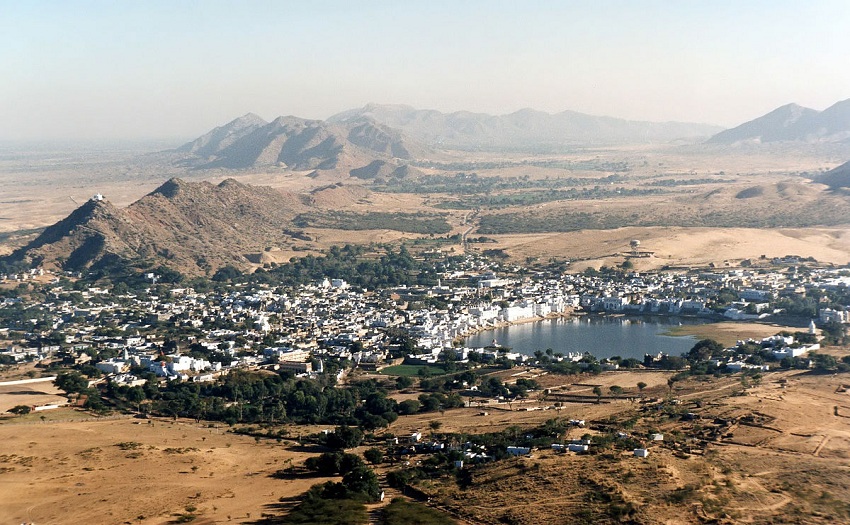 Pushkar is known for its annual camel fair. It may seem like a boring affair but this fair attracts more than 200,000 people from all over the world. This is the only time you are given a chance to spend a night in the desert with camels. It is a big deal for the people of Rajasthan and they celebrate this fair with great pomp and flair. Dances, stunt shows and sporting events take centre stage round the clock. This fair is less about the camels and more about having a good time. 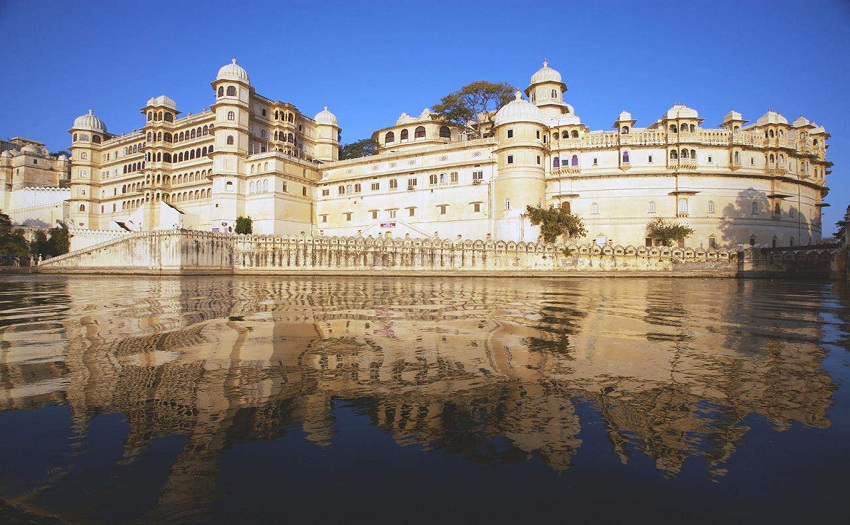 Udaipur is considered the Venice of the East. It is the most romantic city in India, and it beholds this tag since 1829, when Colonel James Tod referred to the same in his book, Annals & Antiquities of Rajasthan. Guarded by the Aravalli hills, Udaipur is home to the Maharaja, who still lives in the city palace. The arch shaped city palace overlooks the Lake Pichola. The balconies of the palace pay an audience to another landmark, The Lake Palace. It is indeed a love affair that twinkles forthright, night and day. Jain temple in Udaipur is also a famous landmark which draws crowd. With pyramidal ceiling and enrapturing tracery on walls and erected structures, you will enjoy visiting this religious venue. 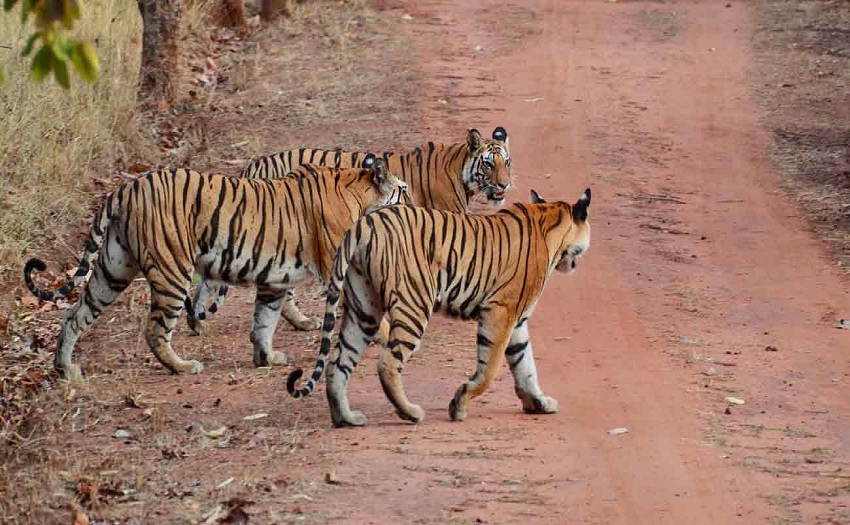 This wildlife sanctuary is worth visiting whether you spot a Tiger or not. The reserve is expansive and is home to various flora and fauna. You can sight Kankwari Fort, standing tall and proud, looking down upon the reserve. The sanctuary also shares space with the infamous and haunted city of Bhangarh. This 17th century city was once known for its tranquilized atmosphere and beautiful architecture, today nobody dares to explore the city after sunset. 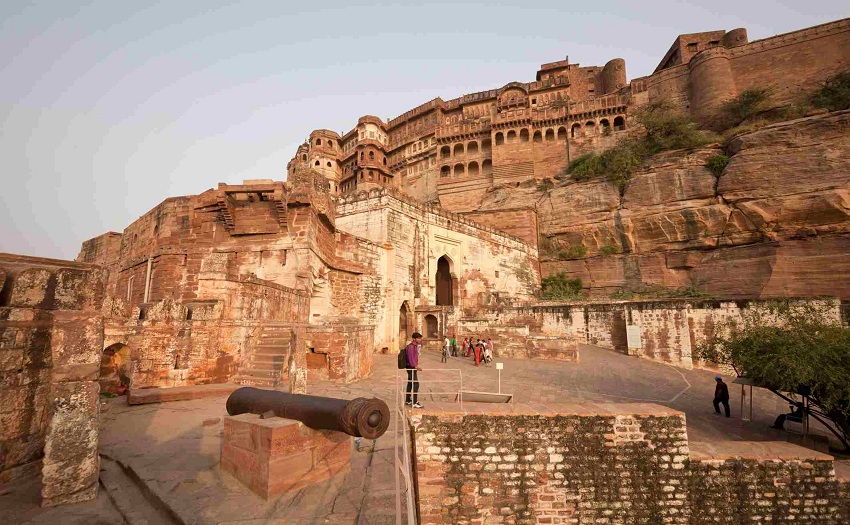 Jodhpur is home to the mighty and herculean Mehrangarh fort. This fort shows the city of Jodhpur and is considered as a beguiling masterpiece for centuries. The strong walls of the fort glow in the sun due to the organic component in the rocks. Mehrangarh fort is surrounded by the Blue City. The Blue city is the prominent highlight of Jodhpur. It is actually blue in colour! It seems as if the fort is built in the skies. If you want to do some daredevilry then you can challenge yourself by exploring Jodhpur through Flying Fox (zipline tour) located within the premises of Mehrangarh fort. 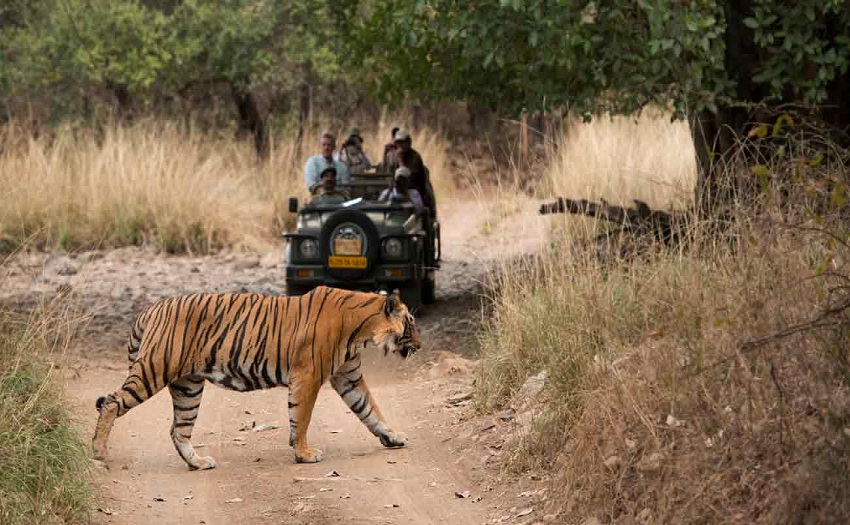 This park is actually a jungle. The woodland is enclosed by ridges and was a favourite spot for hunting in the 1970’s. Historians say, the Ranthambore Fort amidst the grassland, was encircled by crocodile infested lakes. There are numerous temples and mosques within the vicinity. Ranthambore is the best place to sight tigers in Rajasthan. 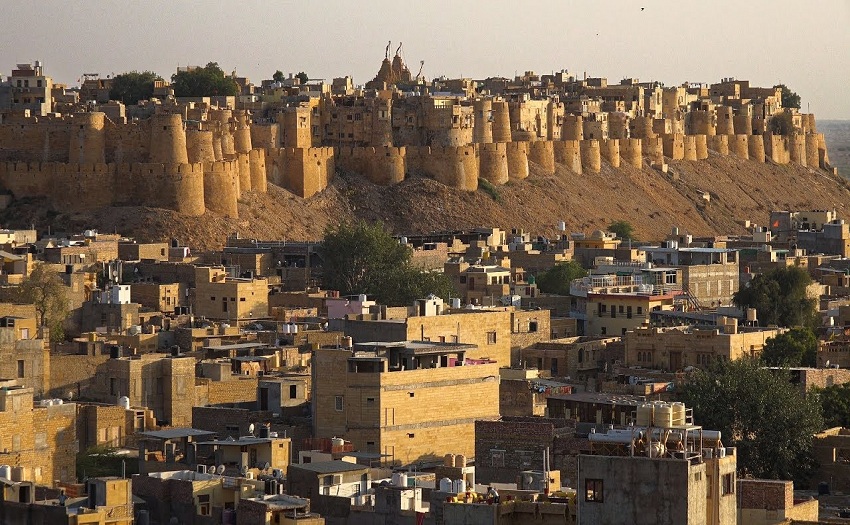 Jaisalmer is a picturesque city that lies amidst the sandy dunes of Rajasthan. Ninety nine towers surround the narrow streets of the city. Known as the sandcastle, this royal palace is a tourist hotspot. It is hard not to be enraptured by this desert cupola. The palaces and forts in Jaisalmer are etched from yellow in colour sandstone, which shimmers in broad daylight. 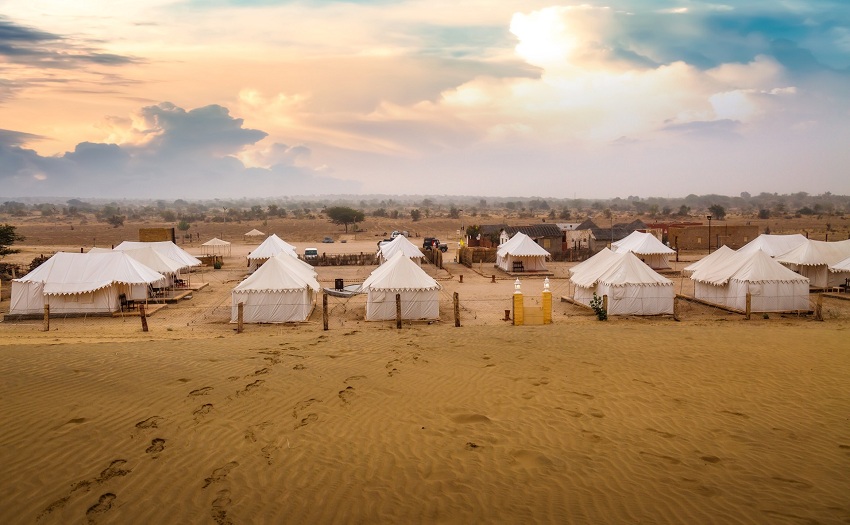 Sam Sand Dunes is a national park established in the Great Thar Desert. One of the most popular things to do is go on day trips to the gigantic folds of sand dunes which rest at the edge of the park. Tourists frequent the park because of the camel safaris. The sunsets and sunrise are the most spectacular sights. People can spend a night in the park while on a camel safari. Camping under the starry night on folds of sand is truly worthwhile. 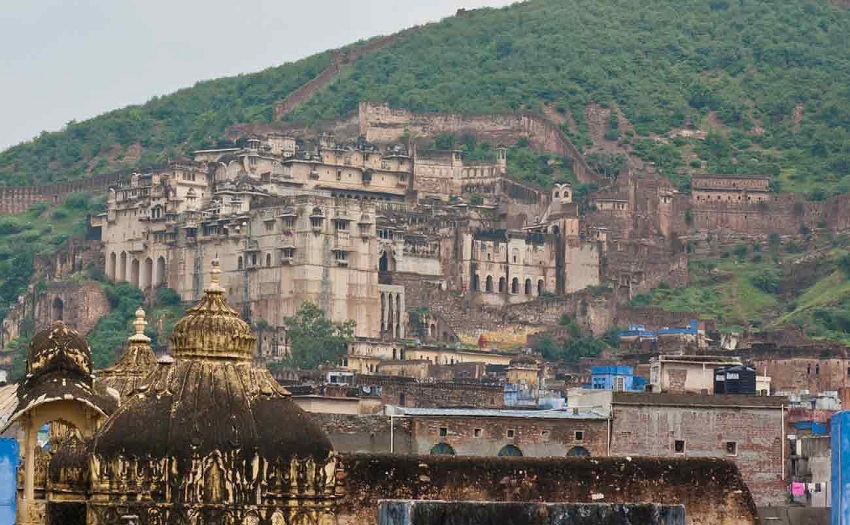 Bundi unlike other cities, is a quiet and tranquil town. It does not entertain cramped streets and traffic jams. Bundi has a laidback atmosphere. The hills of Bundi are crowded by grand palaces and expansive chateaus. Tourists visit Bundi because this town gives them a break from their tiring journey. Bundi is the perfect place to just gaze at sky and get spaced out. However it is also loaded with eye-captivating architecture glazed on temples. 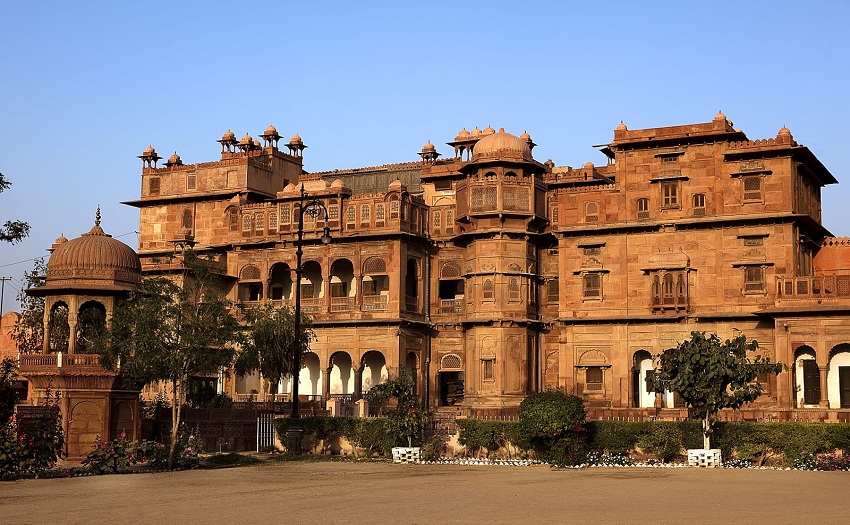 Also known as Junagarh fort, this fortress has withstood the ravages and scars of time. This Fort accommodates approximately 37 palace and pavilions. Built out of Red sandstone, Anup Mahal, Rang Mahal and Ganga Niwas are few palaces whose beauty is the talk of the town since centuries. These multi-storied mansions are embellished with fine intricacy, jewels and mirrors. There is nothing more astonishing like the Bikaner Fort. The Har Mandir within the fortress, has devotees chanting round the clock. There is also a museum where in you can take a sneak peak at Rajput weaponry like handle daggers made out of jade, inlaid camel guns and handguns, jewellery, ritzy carpets, ancient manuscripts and valuable paintings.

Experience the core of India, Rajasthan

Rajasthan can be summed as the land of warriors, kings, deserts, palaces, forts, jewels and vivid art and culture. No other place can be compared to the majestic appeal and royal monuments of Rajasthan. A trip to India is incomplete without a visit to the enchanting state of Rajasthan.